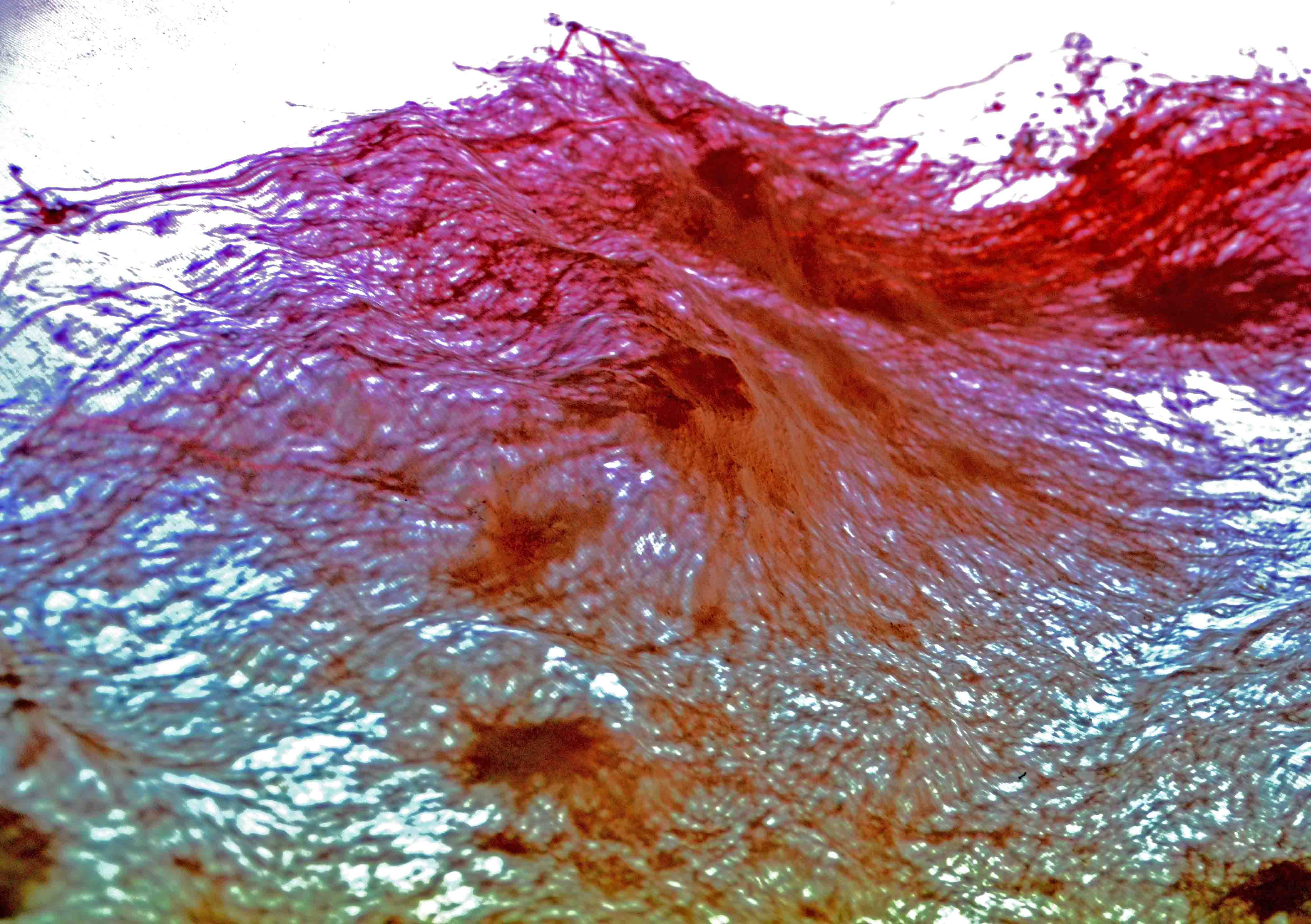 Zajega : tempestuous life by generative projection on a plaster model (our picture exaggerates somehow the contrasts, but Photoshop was too tempting).

In our precedent post we were hoping to see the digital spring push new boughs in Basel. We got more than hope at Score, less at Art Basel.

Galerie Charlot stand was humming with the artists and many visitors. It presented the established hosts of this gallery, but with new or pushed up works :
- The Antoine Schmitt pixels were more unbridled than ever, and the black square in the center has to show his stength to resist their permanent and ever changing assault.
- François Zajega, has had the good idea of projecting his living universe top down on a white plaster landscape; the program has a model of the landscape and adapts the behavior of beings to the peaks and valleys; that add a physical relief to the 3D software structure; as for other artists of Galerie Charlot (Schmitt, Verlinde and Israel) such projection adds texture and... last not the least, lets the author build unique and material works, which goes along much better with the art markets practice than pure software or video.

- Thomas Israel as always combined video with physical objects. This time he offers a mobile à la Calder, with the projector on one branch of a beam and a translucid plastic face at the other end. Environment and spectators moves, voluntary or not, stir the beam into rotation and the illuminated face takes another life. A good remix of Zaven Paré, another artist of the Gallery. Thomas as also just published a book of synthesis about his artistic project, Memento Body (published bu La lettre noire, Brussels).
- Misha Margolis shows once more his clever letter envelopes with the stamp replaced by a small animated screen.

Add to that the friendly and unpretentious atmosphere of Charlot's, some collectors ready to buy... and you will feel the spring-like breeze petting the Valérie's (the gallery's founder) smile.

Even the pre-digital (here, lights) pushes to new combinations, with a wink to Rembrandt.

A|B|C Contemporary presents several works by Pe-Lang. Some were present in Brussels at Villa Empain or in Paris at Denise Renés, but at least one is new (as far as we now), with only one rubber rod.

At Licht Feld's, a Swiss gallery, we discover a Swiss artist, Marck, with a lot of different videos encased in various environments and sometimes highly complex movements. We shall have to comment more substantially later.

Robert Fontaine (a Miami Gallery) shows small video screens integrated in environments, mainly bird cages this time, by Troy Abbott. This is not very digital, but draws a kind of link with the classical mechanical singing birds of 18th century (still manufactured in Paris by an individual craftsman). Even less digital, but light art (neon tubes) combined with a plaster model, Der Italiener (the cow), by Bernard Roig remixes Rembrandt.

Frantic Gallery, this one Japanese, hangs computer generated botanical drawings, by Macoto Murayama. His approach is very different from the generative plants of Miguel Chevalier. Murayama "collects a flower, makes a vivisection and observations, draws and photographs. However, his own flower is born with the help of the 3DS-Max software... Adobe Illustrator and Photoshop".

Some pre-digital art, is also present, for example with the neons of Chris Bracey, presented by Scream.

In spite of its enormous surfaces, the larges world art shoc did not meet our expectations, but brought some fine surprises.

Denise René large stand showed the same artists than in Paris last month. The digital art can recognize their courage: a stand in such a big show is an heavy investment and up to now, digital art was absent there.

A good surprise, at Bitform's was the important retrospective presentation of Manfred Mohr works, including two "LCD screen, computer, custom software", entitled P-101/D (2005) and P-1622/B (2013). That proves, like Agam's works on Denise René' or Le Parc in Paris recently, that digital art veterans are still alive and productive !

Another surprise, but more light-art than digital as far as we could know, a merry-to-round at Galerie Tschudi..

But our heart had a bang, discovering a Tinguely's Metamachine on the Natalie Seroussi's (a Parisian gallery) stand. This series of works (1959) was an impressive forerunner of generative art, using cinetics means. Ant Mme Seroussi had the kindness of getting the work into operation and giving us of its works. Senoussi showed also a cinematic work by Alexander Calder, Dances and Sphere (1936), much more sophisticated that it could seem at first look

A firts trip in the catalogue had let us hope that China would emerge in the digital art field and market. But, if the galleries present in Basel showed anything of the sort, we missed it, in spite of a methodic visit.

To conclude, the trend in Basel 2013 can be summed in four points:
- More and more digital art, with a larger number of artists as well as galleries. More than a water drop, but still relatively very modest in surface.
- A diverse but very pleasant combination of projection (video records or generative) upon solid environments, still or moving.
- The continuing lead of Parisian galleries in the promotion of digital Art. But America is not absent (Bitforms) and even Japan (Frantic).
- A sort of continuity between pre-digital and digital art : the computer brought new means and affordances, but cinetic and lights arts had yet done a lot, and contemporary art shows let feel the continuum more than the breakthrough.

The final communiqué of Art Basel 2013.

The 44th edition of Art Basel closed on Sunday, June 16, 2013, with galleries reporting exceptionally strong sales across all levels, as Basel once again became the central meeting place for the international art world.

Many visitors to the show commented on the exceptional quality of the work being exhibited, which was undoubtedly reflected in the strength of the sales made by galleries across all sectors of the show throughout the week. Many exhibitors reported stronger sales on the opening preview day of the show than ever before.

Art Basel presented 304 galleries from around the world exhibiting the work of over 4,000 artists, with many choosing to present thematic and solo-artist exhibitions. Galleries from across the globe debuted at the Basel show this year, coming from Belgium, Brazil, China, France, Germany, Greece, India, Italy, Japan, the Netherlands, the Philippines, Republic Singapore, South Korea, Spain, Turkey, United Arab Emirates, USA.

This year, many elements of the show were sited within the new Hall 1 designed by renowned Basel architects Herzog & de Meuron that has redefined Messeplatz and got raving reviews from many visitors. The new building housed the Unlimited, Statements and Magazine sectors, along with the auditorium used for the Conversations and Salon panels.; 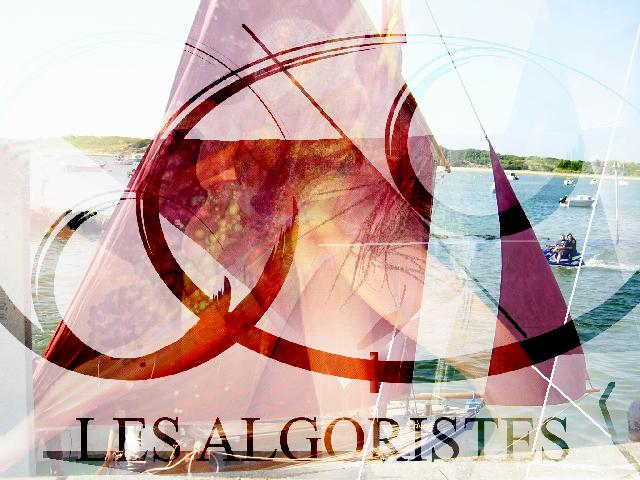