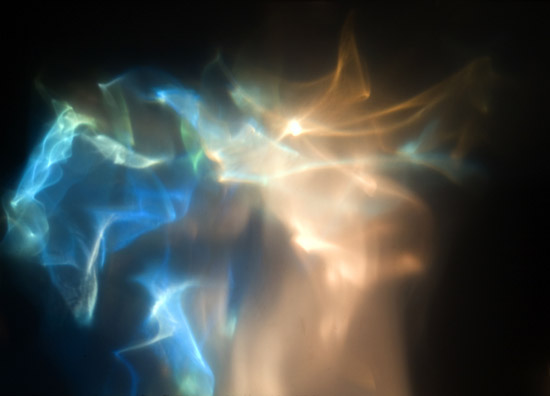 - Our posts and references.

All the artists we know of on this specialty are listed in our Index, with direct link on their Diccan's item. On summer 2014, we list some 60 artists, plus some 30 video artists... and 150 in animation. These figures are certainly very inferior to the reality, for two reasons:
- cinema is more or less digital, and a large part of the films cannot considered properly as digital art (see concepts),
- a large number of "artists" work, more or less anonymously, in the large teams of cinema production and TV chains.
Then our list must be taken as an empirical selection, guided by our intuition more than by "scientific" selection.

We concentrate here on conceptual considerations and the state of the art. The historical development of the field is described, period after period, in our history of digital art.

We have three terms (that we use in our artists indexes), with different meanings, even if they tend to converge in the digital world. All the three are making films "series of still images which, when shown on a screen, creates the illusion of moving image" (Wikipedia).
- animation uses images done by hand, or today with graphic design tools; it was the first to appear, with the hand drawings of the phenakitiscope of Plateau in 1833; but it gained a large public only with the use of cinema machinery, in the 1930's;
- cinema uses photographic images, and makes them moving with a motor; it was borne in 1833-35, with Edison and Lumière (see history); until the 21th century, the images were mainly chemical; they are now digitally created and distributed;
- video was borne for television and the CRT (cathode ray tube), inthe 1930's; it goes along very well with digitization, but let's a specific place to cinema, at least for high quality production.

Indeed, video and digital cinema, in spite of the digitization of everything, must not be mistaken one for another, explains Pierre Hénon (Paris ACM SIggraph). Of course, both may be stored on hard disks or transmitted on networks. But the technical quality is not the same.

Digital cinema is based on the DCP (Digital Cinema Package), a standard defined (and imposed...) some ten years ago by a consortium formed by the main American studios (Disney, Fox, Paramount, Sony, Universal et Warner), the Digital Cinema Initative. This standard has afterwards been adopted by the ISO. This standard is, on all plans, of a higher quality than HDTV ( JPEG2000 compression instead of H264, definition, frames par second, bit depth, color table, stereo integration, etc ).

Besides, more than 2/3 of the DCP standard is security oriented, through the KDM (key delivery message), since the studios wanted to prevent the spread of illegal copies which marked the DVD market some weeks after its apperance. That gives to the producers a heavier control of distribution, accepted with mixed feelings by the hall operators.

The cinema's evolution is typical of the triple movement in digitization : fragmentation/assembly, autonomy, formalization.

The progressive fragmentation of cinema and video

Fragmentation/assembly. Digitization is fundamentally binary. But it is prepared by progressive processes combining:
- fragmentation of the continuous into small parts,
- elaboration of a system to assemble the parts into useful/interesting/meaningful objects.

For cinema, the evolution (if we omit the preexistent digital system of animal vision), begins in 1832 with the Kenakitiscope of Joseph Plateau, whihc slices the time into successive views (note that his images are hand drawn: animation came before photographic cinema).

The next step is the analogue video, emerging from various inventions in the 1930's. Each image is fragmented in lines, with an analog signal along each line.

Then the addition of new fragments, the layers, affords to deal with color (1950's).

In the 1970's, the video lines are sliced also, and we get the present rasters of pixels, with a color assigned to each pixel by a set of numbers (basically eight bits for the three fundamental colors, red, green and blue). The image is now fully digital.

Further progress comes in the 2000's, a second matrix of pixels is added to provide relief, then in the 2010's for higher definition levels (4K UHS), and we will go farther... for instance with the plenoptics camera like the Lytro (presently designed for still images).

Autonomy. The Phenakitiscope had little autonomy. It had to be turned on by hand, and stored only one set of images (a dozen), and you wanted light to use it. Autonomy came with a combination of mechanics and electricity into a pair or automata: the camera and the projector. Digital storage and networks widened strongly this autonomy (but with a string attached for current from the mains and for data from the net).

Autonomy is better if coupled with interactivity. But it never fit well with cinema. Some hopes were aroused by CD-Rom in the 1980's. See [Murray 2008] which comments many of them in a quite Deleuzian way.

Autonomy can reach the point where human operators and film makers are no longer necessary. See among others an article from the Newscientist, and the book Automatic generation of computer animation, Using AI for movie animation. (Lecture notes in artificial intelligence 2160, Springer 2002). Ruqian Lu and Songmao Zhang write a substantial synthesis of the domain. In the table of contents : domain overview, the Swan project, natural language and narration understanding, planning, stage setting, framing and filming. The book concludes on libraries and knowledge bases.

Formalization. This facet of progress in digitization is perhaps less visible than in music, for instance. Formats must have been set quite soon to create an efficient chain of production, from cameras and projectors making to film preparation, developments and distribution.

Further formalizations have gone along with digitization. But much more interesting structures and algorithms have been elaborated by animation cinema.

Film construction obeys to structural laws, like a grammar. But they have rarely been expressed explicitly. Hollywood does not publish on this topic, and a main source remains Sergei Eisenstein, who has written a lot about the subject. Read for instance Film Form, 1969.

Gilles Deleuze is the most prolific French philosopher writing about cinema, notably in Cinema 1, l'image mouvement and Cinema 2, l'image temps [Deleuze]. The "machine" word, and even of computer, flows frequently from his pen. But he does not enter really in the digital properly, restraining himself to the issues set by Bergson at the cinema's birth. Moreover, in the above books, he mixes constantly different issues, jumping with no apparent reason from formal considerations (different types of images, center as concept) to long historica analyses. The chapter titles relate poorly to their contets (for instance, the 9th chapter of the second volume is called "The image components", but is mainly dedicated to talking cinema.

If you wish to save time, read the short Deleuze, philosophie et cinéma, by Pierre Montebello (Vrin 2010). Mongebello sums up "The two books about cinema have developed very strong theses avout move and time. They are all Bergsonian theses pushed up to the incandescence of paradox (the unthinkable as what can exist only by thought). But even if you don't like Deleuze texts, they can be a stimulant for your own thought. And his works are internationally well known. Timothy Murray,for instance, in this Digital baroque [Murray, 2008] makes frequent references to his theses.

- Cinema and film, with Processing code, in Roxame's generative software.

< Philosophie-écrans. Du cinéma à la révolution numérique, by Mauro Carbone. Vrin, 2016.
< Cinéma, interactivité et société, edited by Jean-Maarie Dallet. VDMC, Bruxelles, 2013. See a note by Sliders Lab.
< A philosophy of cinematic art [Gaut, 2010 ] says that the philosophy of cinema has up to now been excessively focused on the photograhic film, when its new forms (animation, procedural generation, interactivity, combination with games) widen considerably its reach. Main topics:
. digital cinema as an art, and its originality in opposition to the traditional cinema, since it can dispense itself with independent objects to create an expressive content(7 pages),
. language and digital cinema (4 pages),
. realism in digital and traditional cinema (17 pages),
. the authors issue with digital and interactive works (19 pages),
. interpretation, specific issues with digital cinema (5 pages).