Kaleidoscope. An optical toy, playing upon symmetry by mirrors. Can rather easily be realized and extended with software on images or videos.
> Digital Kaleidoscope (2010), by Toby Schachman
- Used on video by Leslie Thornton for her "Binoculars".

Kernel. of an image [Gonzalez]. 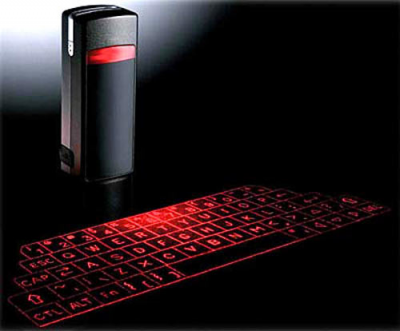 - Innovation in 2012, targeting the game players, the Deathstalker.
- A fundamental concept in Object oriented programming. See [Java] [Processing], and the master book A touch of class ([Meyer]).
- Word-Gesture Keyboard. An article by Shumin Zhai and Per Ola Kristensson. Communications of the ACM Sept. 2012.
- Key codes. [Foley] [Java] [Processing].
- See "le bloc du geek".
- The Word-Gesture Keyboard: Reimaging Keyboard Interaction. by Shumin Zhai and Per Ola Kristenson. Communications of the ACM sept. 2012.
- "Maybe keyboards are considered unfashionable these days, but I don't give a fuck... I like keyboards, I like technology. This is what I am" says Trent Reznor ([Moorefield] p. 71).
- Philosophico/historical notes. Keyboard is the starved of affection device in computing. We have always heard complaints about its constraints, difficulty, counter-intuitivity. Instead are hailed speech recognition or motion capture (for example with WII and kinect sensor systems). OK, rapid typing of text is not "natural". But, since its appearance in Antiquity (for the wind organ), the keyboard has taken an important part in music then in text creation. - The typical "digital" keyboard was born with the typewriter, and its anti-ergonomic Querty set of keys. In the 1980's, some hopes were raised by new kinds of keyboards, for instance semi-spherical of folding. Then "soft" keyboards have taken some importance, in iPads, for instance. -More in French .