All the artists we know of on this specialty are listed in our Index, with direct link on their Diccan's item. On summer 2014, we list some 20 artists. As for animation, this number does not cover the thousands of "artists" working anonymously in the industry.

We concentrate here on conceptual considerations and the state of the art. The historical development of the field is described, period after period, in our history of digital art 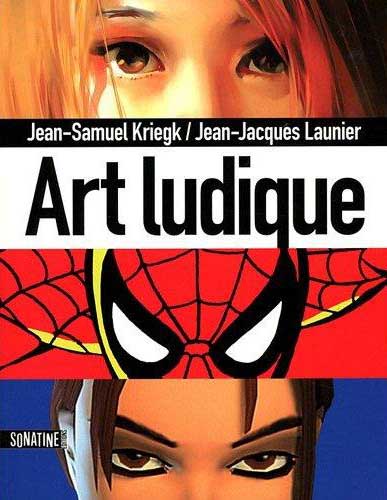 Games : A beautiful book for the images.

You may be surprised by the small number of game specialists in diccan: around 1% of the list. Indeed, "artists" are enrolled by the hundreds in the computer games industry. But they are anonymous, like most of the workers in the film industry. And, in fact, the divide is deep between the two worlds. That's true also for the users (games, spectators). In few words : games consider art elitist (if not simply boring), and art considers games as vulgar, or just grassroot entertainment, devoid of the gratuitousness of artistic activity.

When we look at the list of some 15 game artists listed in diccan, we find that most of them do not create games as such, but mostly use them in a derisive manner, or as a way to raise awareness on social issues, like surveillance. They are close to tactical media. Judge by yourself!

(Some artists may have been added in diccan since the writing of this article. Then give a look to our Index of the games authors).
We give : the country, decade of first known digital work, level of fame, level of generativity, gender (X male, Y female, Z group or lack of data).