Art of Islamic countries are evidently marked by the interdiction of human bodies, and even more of God representation. But since digital art is at present nearly absent of these countries, we cannot perceive its effects... if not precisely the difficulty of any avant-garde art.
- Islamic automation : a reading of Al-Jazari's The book of knowledge of Ingenious mechanical devices (1206). by Gunalan Nadarajan. 16 pages in [Grau].
The Arab spring has not yet had time enough to give an expression here. But L'art syrien résiste en ligne.

By contrast, Israel is comparatively productive. But not as much as it could seem (see for instance, below, the Digital Art Lab of Holon).

About Africa, a special issue of MCD June-August 2013, signed by Karen Dermineur. Our comment. It insists on the specificity of African digital art (notably, collective). About cell-phones, for instance "What we see is not the development of a new system but the expansion or growth of a powerful socio-cultural system which pre-exists and is inherent to the working of the African society".
In the field of ethnomusicology, Fred Voisin developed studies of Central African musical scales using Yamaha DX7 synthesizers.

The country is open to digital art. The notes below would need a more thorough investigation.

- Index of Israeli artists presented in diccan (six in October 2016).

Holon. Digital Art Lab. The Israeli center for digital art. Seems practicing video only (on 7/2013). Active at the beginning of 2017, see the website.
The institution organized a conference (Pinuy Binuy) in January 2017. But not so much digital it seems, if we read the program. 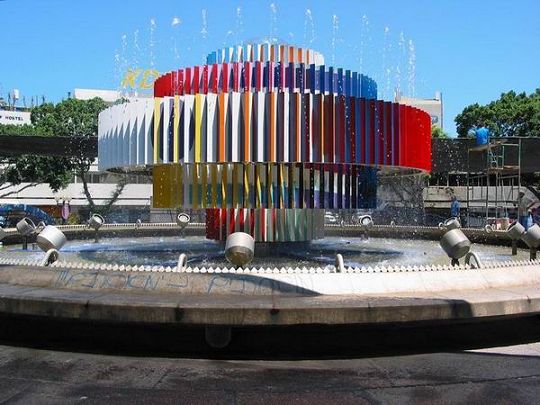 Dakar (Senegal)
- Afropixel festival.
- A Pure Data worshop was held in Dakar in 2011, led by Cyrille Henry.
- Metissacana art center.
- Dak'Art_Lab. and the biennal Dak'Art (one page in [Dermineur]).
- Kër Thiossane. A villa for art and multimedia.

Tunis (Tunisia): "In Tunisia, digital tools use took off in 2088 approimately" (says in [Dermineur], p. 49)
- E-Fest. Discovery and training of digital creation, led by Afif Riahi. One page in [Dermineur].It took place in 2012. Will it last in 2013...
- Index of Tunisian artist presented in diccan.
- Festival Fest (Festival échos sonores of Tunis) 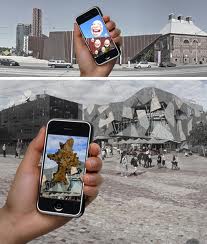